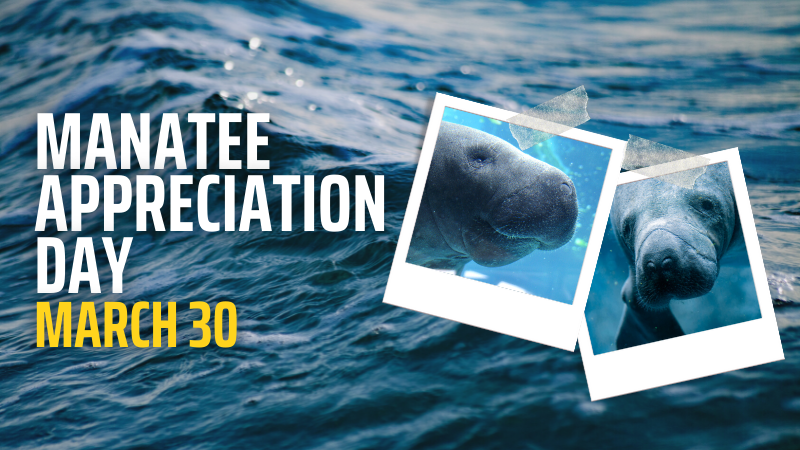 Manatee Appreciation Day on the Last Wednesday in March focuses the world’s attention on a herbivore with no known natural enemy. Also known as the sea cow, manatees are a vulnerable species due to their contact with humans. Boating and pollution, as well as other external forces, threaten the manatee.

These slow-moving herbivores inhabit slow rivers, canals, saltwater bays, estuaries, and coastal areas around the world. All three species of manatees are considered gentle giants, spending most of their time eating, sleeping, and travelling.