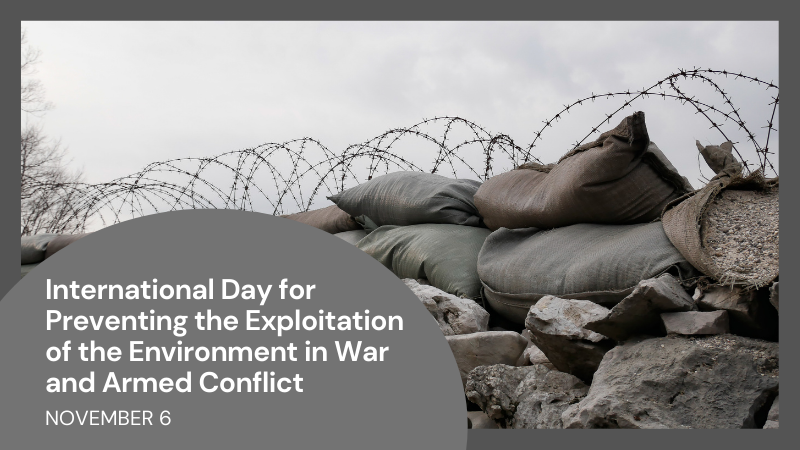 Though humanity has always counted its war casualties in terms of dead and wounded soldiers and civilians, destroyed cities and livelihoods, the environment has often remained the unpublicized victim of war. Water wells have been polluted, crops torched, forests cut down, soils poisoned, and animals killed to gain military advantage.

On 5 November 2001, the UN General Assembly declared 6 November of each year as the International Day for Preventing the Exploitation of the Environment in War and Armed Conflict.